CHECK OUT OUR HERRINGBONE FLOOR INSTALLATION

Interestingly, traditional Herringbone wood flooring has been around for hundreds of centuries as ancient Romans used herringbone patterns for their roads. Herringbone flooring is growing in popularity again, and we at Supreme Hardwood floors have many designs to suit your taste and budget. Floors with Herringbone pattern create a timeless look that fits into almost any style of home décor. It is made up of relatively small rectangular blocks of hardwood laid in a pattern that resembles the skeleton of a herring fish, which is where Herringbone hardwood flooring gets its name from. It is amongst the most popular parquet patterns and is now very much on-trend in both domestic and commercial installations.

Open Monday – Friday | 10am – 5pm
Our showroom is a great place for you to start. We are happy to meet with you during regular store hours or at a scheduled time that is convenient for you. 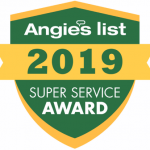